We source programs from farmers and producers that uphold high levels of animal husbandry and welfare through all phases of production to ensure we're supplying you with the highest quality products.

Your customers are seeking meats that are produced in ways that are humane and sustainable, healthier for them and the environment. These are claims that you can count on and print on your menus. 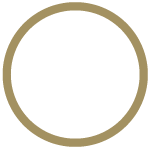 Animals spend their entire lives on pasture, including during the finishing period (never in feedlots). 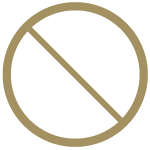 Birds are raised with room to roam & access to the outdoors. 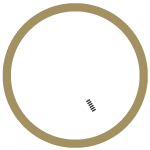 Truly wild and free-foraging, these animals are sustainably and humanely captured. 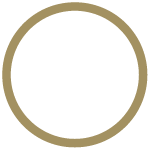 Animals eat grasses for their entire lives, including during the finishing period (never grains or by-products). 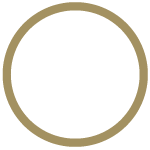 This program is certified organic by the USDA. 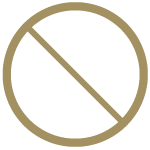 These animals are raised without genetically modified feed. 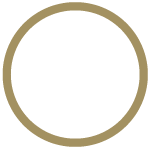 Air chilling preserves the texture and flavor of these meats, offering you superior quality. 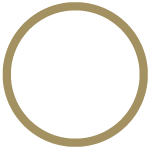 These programs offer cuts that are processed in accordance with Islamic law. 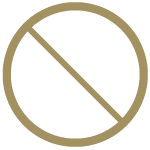 Antibiotics are not administered to boost or speed up growth.

These animals spend their entire lives on pastures.
Birds are raised with room to roam & access to the outdoors.
These animals are truly wild & humanely, sustainably captured.
Antibiotics are not administered to boost or speed up growth.
These pasture-raised animals eat grasses.
This program is certified organic by the USDA.
These meats are air chilled, which preserves the texture and flavor and offers superior quality.
These programs offer cuts that are certified halal.

PASTURE RAISED
In general, "pasture raised" means that animals have free access to and live on pastures. Specifics, however, vary from country to country.
In New Zealand, the mild climate allows for animals to be on pasture 365 days a year. Except in the cases of severe inclement weather, animals live on pasture and eat those grasses year-round.
In the United States, the access to pasture requirement is limited to the "growing season" and animals can be moved indoors during severe weather. Even if the animals have access to pasture during winter months, they often can't actually graze on grass because of snow and ice, so their diet during those months may be supplemented with or comprised of hay, forage and other dried grasses.

FREE RANGE
We often lump "free range" with "pasture raised." The two terms go hand-in-hand to ensure that animals are not crowded and are able to freely move about. In general, pasture raised programs are inherently free range since the animals can graze freely. Specific free range requirements can vary depending on specific third-party certification requirements.
For poultry, free range means that the birds primarily live indoors but aren't crowded in houses. They have space to move about both inside and have the freedom of choice to move outside.

CAGE FREE
Cage free poultry is raised in large indoor rooms or barns and not in cages. The barns have "low stocking density," which means the birds have room to move freely. Cage free programs often include environmental enrichments within the barns that the birds can climb, roost in, or play on.
The distinction between cage free and free range poultry is that while all free range poultry programs are cage free, not all cage free programs also include access to the outdoors.

WILD & HUMANELY CAPTURED
We offer several programs that are truly wild: kangaroo, elk, and wild boar. These animals are free range, wild foraging (they feed themselves), and are humanely caught.
Both wild boar in Texas and kangaroo in Australia have become invasive and destructive. Capturing them helps to support the repair of the local environment.
In addition, our turtle and alligator programs are seasonally wild-caught or farmed, depending on availability and time of year.

NO ANTIBIOTIC GROWTH HORMONES OR SUB-THERAPEUTIC ANTIBIOTICS
Antibiotics can be administered for a variety of reasons: to treat an illness or injury, to inhibit disease and infection, or to promote growth (help the animal gain weight, often in a shortened period of time).
If animals are raised without sub-therapeutic antibiotics, that means they are only given antibiotics to treat illness. Antibiotics are not added to feed or administered sub-therapeutically for growth promotion. If an animal has to be treated with antibiotics as determined by a veterinarian, there's a mandatory waiting period before that animal can be processed. This ensures there's no antibiotic residue in the meat.
USDA Certified Organic standards require that an animal who is given antibiotics is removed from the Organic program entirely. They're typically rotated into a conventional program after treatment is complete.
Because many of our programs are also cage free, free range, and/or pasture raised, the incidence of illness tends to be substantially lower or even non-existent compared to commodity or feedlot programs because the animals have room to live and eat in a way that's more natural. Therefore, antibiotic use is rare.

GRASS FED
Grass-fed animals are raised on pastures and able to graze on grass. New Zealand grass-fed meats tend to spend more time on pasture than American programs due to New Zealand’s mild climate, and because their “grass-fed” legal definition requires “year round access to pasture,” while the American requirements only specify pasture access “during the growing season.”

"Demand for grass fed beef has grown at an annual rate of 25-30 percent for the past decade at the same time that per capita beef consumption for traditional beef products continues to decline."

CERTIFIED ORGANIC
In the US, organic certification precludes the use of chemicals (fertilizers, pesticides, etc.) and antibiotics.
Requirements include:

NO GMOs
Genetically-modified organisms (GMOs) are most often found in animal feed (corn and soy are the most common).
Our vegetarian-fed programs (like Urgasa Spanish Quail and Grupo Hermi Rabbit) ensure that the animal's diet is balanced and free from GMOs.
GMOs are illegal in New Zealand. Since they cannot be used, there is no official certification available, but our programs sourced from New Zealand are essentially GMO-free.

AIR CHILLED
Air chilling is the process of using blast chillers to quickly chill the meat after processing. This requires specialized facilities; it is more expensive and time consuming but is preferred by chefs because it better preserves the flavor and texture of the meat.
Water chilling is more common, as it is cheaper and easier. Meat that has been water chilled can absorb water during the process, which dilutes the flavor and also artificially increases the final weight. This water is then lost during defrosting and cooking, often causing the meat to shrink and affecting final yields. Water chilling also creates a large amount of contaminated water, posing an environmental risk if it's not disposed of properly.
Common with higher-end poultry programs, our Spanish rabbit program is also air chilled and blast frozen to preserve the delicate flavor and tender texture of the meat.